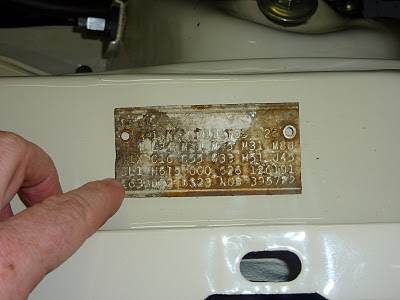 I'm contemplating on mounting the old fender tag without restoring it. Including some rust, a little bit of paint redone at some time and oily stuff that won't go away. I'm thinking of it sort of as a tribute to the fact that the 'Cuda is a restored car and not a survivor. It would also reference the cars condition prior to restoration and be a nice contrast to the rest of the engine bay. I've seen this done on the internet on some car and liked the idea.