In an effort to keep the brakes cool during the upcoming trackday at the Red Bull Ring in Spielberg, I've decided to route some air to the front hubs. I bent an aluminum bracket that attaches the 3 inch high-temp hose to the upright. 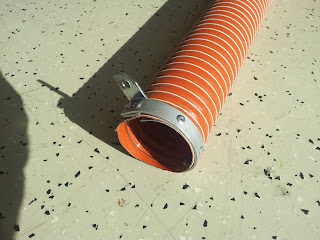 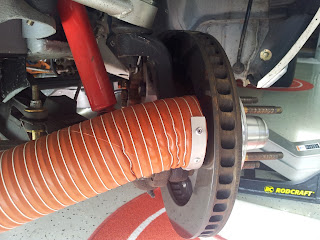 I made some funnels out of a sheet of aluminum, they should catch the air through holes in a new chin spoiler I've had laying around for some time. 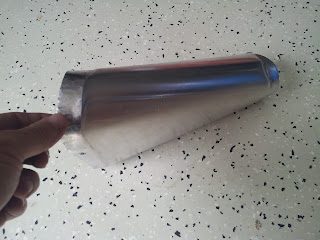 The cutouts in the spoiler had to be opend, easy job with the right tool - impossible without it... 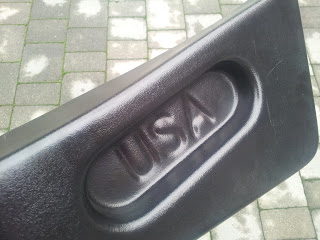 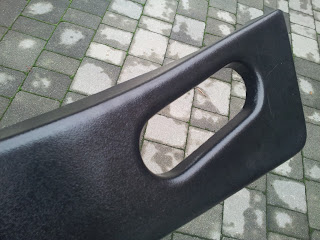 Mockup of the spoiler with the cutouts. 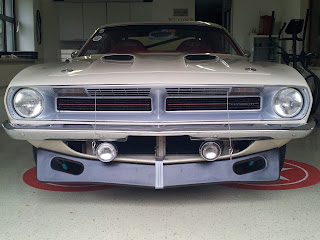