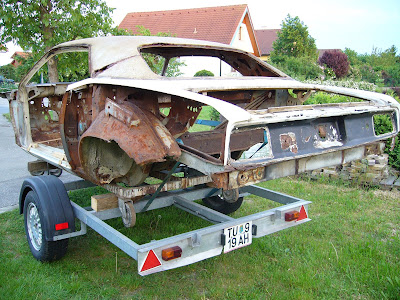 The first attempt to have the 'cuda sandblasted ended in dismal failure. The car was not accepted, it would be useless to blast unless the quarters and the trunk floor were not removed, so the expert. Too much rust would remain in secluded areas - how right he was. So all the parts that were in the way were removed...not a pretty sight!

Rust repair will be the major issue for the mo 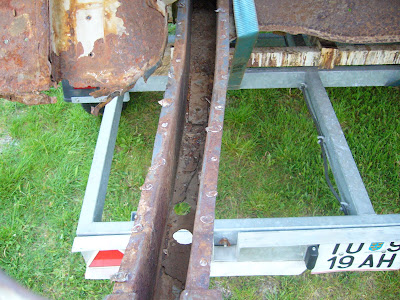 The good part ist that the framerails are solid and that I am really being thourough!
Eingestellt von Nick um 13:37