On go the graphics 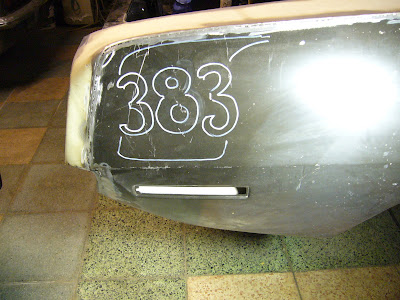 Since it's january, the 'Cuda project is going into its second year! After watching a couple of episodes of overhaulin it's hard to believe this is taking so long but anyway...
Since 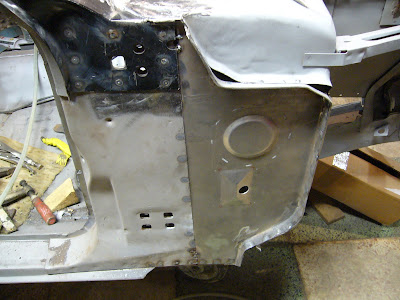 the metalwork on the rear is finished, I've started with the graphics :-)

The panel in front of the door on the passenger side had to be built from scratch since the original looked like it had been hit by shotgunfire. I'm still amazed at how Chris does things, even the original circle stamping has been grafted on to the piece, I must admit I have no clue how that works. The new panel is even stronger than the original, it will take up some of the forces the additional bracing for the front suspension will pass on to this part of the chassis. 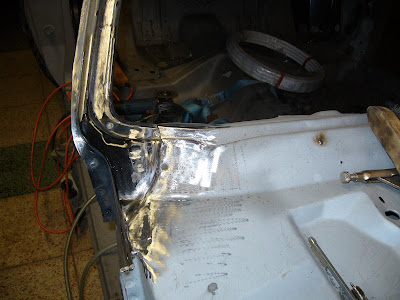 The passenger side lower windshield corner is also finished, it really looked rugged and it's a complicated piece as several panels come together here. One patchup piece I bought is incorporated here, the rest is built from scratch - very important stuff here, since the stiffness of the unibody very much depends on this area. 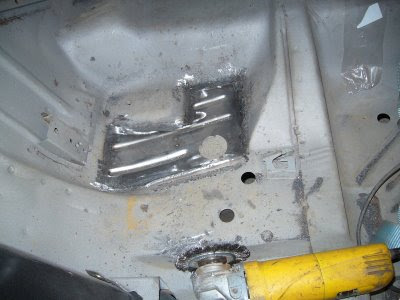 A small patch was also welded into the passenger side rear floorboard, the original piece looked good from under the car but after sandblasting quite a few very small holes became visible.