I started putting the seats back together today. Seatbacks bolt on the seats by two big screws, the only challenge is to find the holes in the frame through the new seatcovers. I found them! 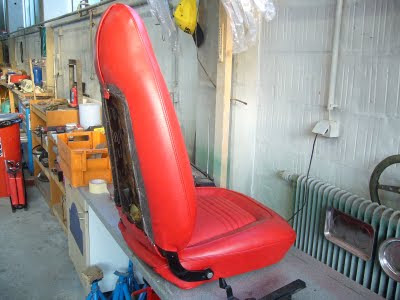 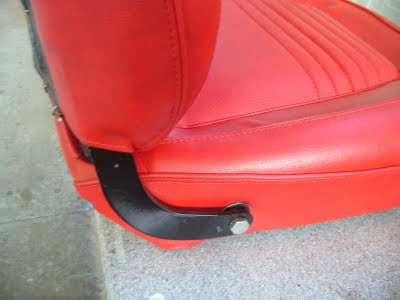 to see more parts coming together again. The black hinges will later be covered, once the issues with the covers are taken care of. 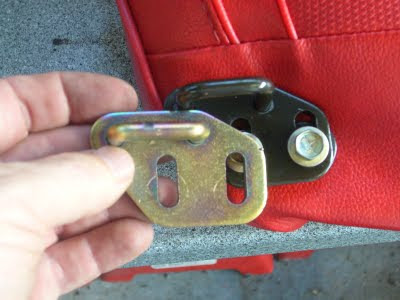 First I had the old arresting clamps plated to a shiny finish, but they are pretty worn on top, where the teeth from the seatback clamp on so I bought a set of new ones. Unfortunately the screws should be dark as well now, I'll have to get that sorted out. 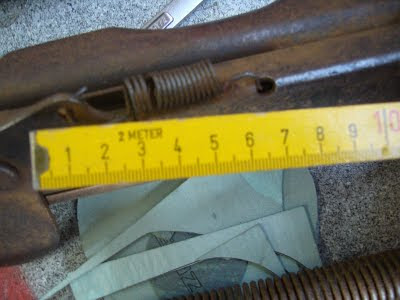 The seattracks have been somewhat of a pain in the A**! First of all, you can't take them apart. When getting them acid dipped to get the rust off, one of them broke and the bearing inside was lost. So I bought another old pair, to salvage the missing bearing. In addition to that I will be needing four retainer springs like the one on the pic, only minus the rust!