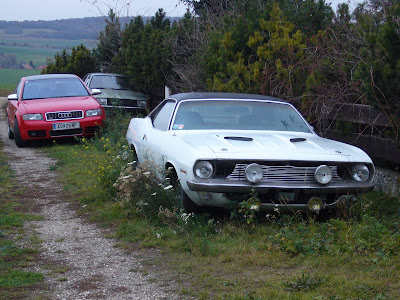 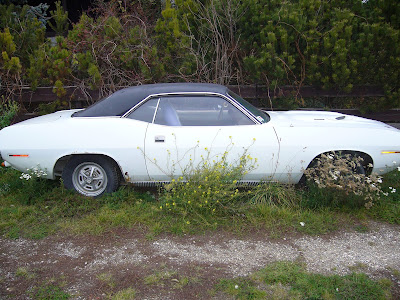 And this is how we found it. A classic barnfind, only the barn was missing. The car stood behind the house, right in the weeds. I bought it with a friend of mine and in the following months I talked him into selling me his half. (Great to have such friends) The previous owner had gone to great lengths to make the front look good, I think it got him a job designing garbage cans later in life.
Eingestellt von Nick um 03:45