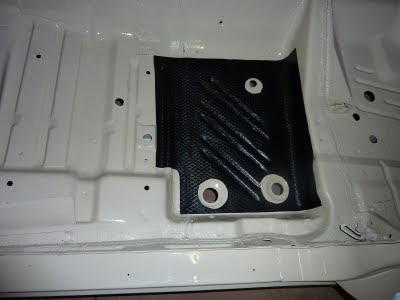 I started to install some anti-vibration material on the floorboards. I decided against the full dynamat type of padding in favor of a more stock looking material. I thereby also hope to keep moisture out or the car, since there is no air in the crevaces of the floorboards under the padding, where a change of temperature could cause moisture. 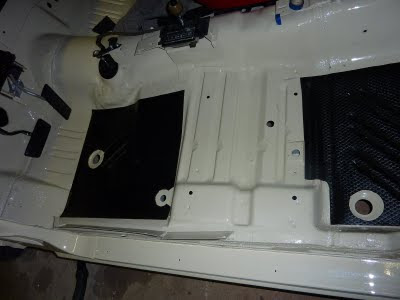 I cut out the holes for the bodyplugs and will install those later. 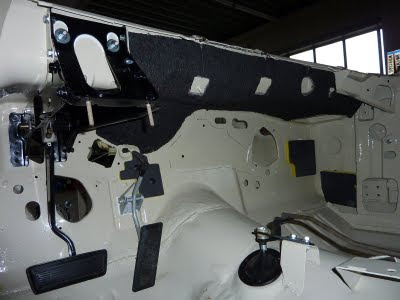 Anoter piece of insulation goes under the dash. I bought it as an original repalcement mat, that looks somewhat like it's made of compressed old rags. This is one of those pieces that won't be seen later, but hopefully will add to the overall quality of the car by keeping noise and rattles away. It took me a while to figure out where exatly the padding is to be located - only after I took out the original piece, that I had luckily not thrown away yet, was I able to install the pad correctly. 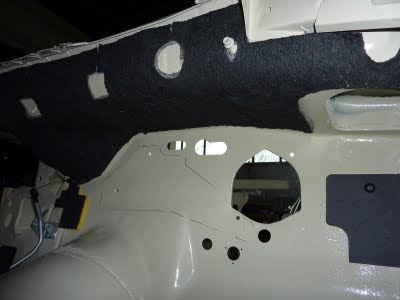 The next step is to install the heaterbox...