Although it may seem as if I've been lazy, there has in fact been some progress on the 'Cuda. I've been busy adapting the interior to the new rollbar, the most complicated items being the rear panels beside the rear bench. The loose end of the carpet on the bottom of the picture will later be covered by the bench seat. 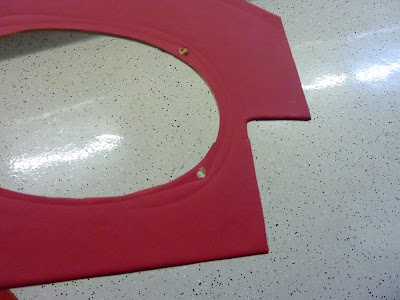 The other part that had to be cut up was the package tray, as it can not extend under the hard points of the rollbar in the rear.
Eingestellt von Nick um 03:55